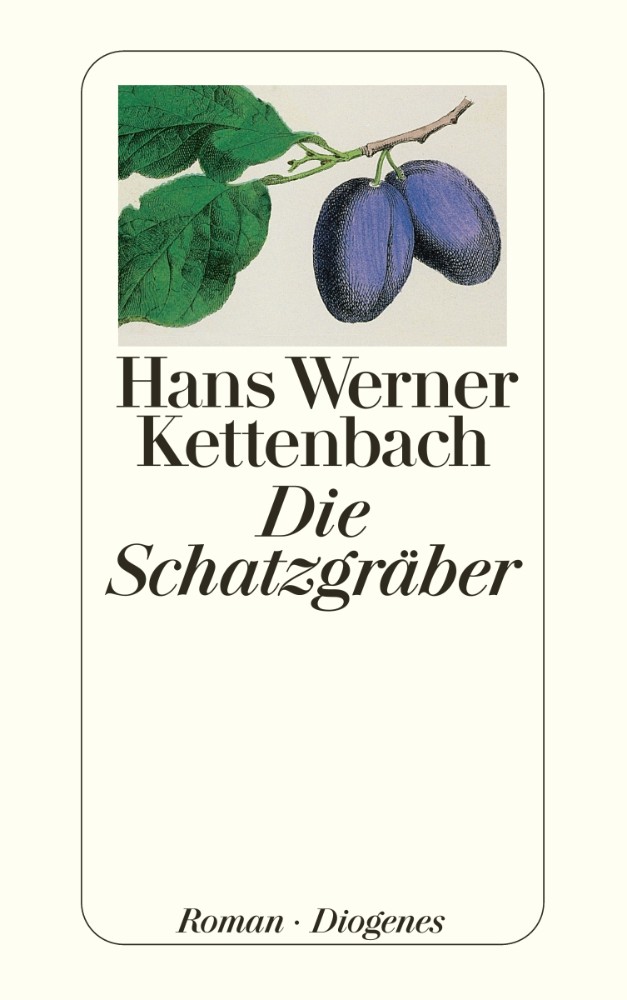 Published by Diogenes as Die Schatzgräber
Original Title: Die Schatzgräber
Summer 1928, 32 degrees in the shade. Two respectable citizens in a small town on the Rhine perpetrate a bank robbery. They bury their booty, gold ingots to the value of nearly one and a half million marks at today's rate, under a plum-tree and prepare to wait until it is safe to claim their treasure. But it seems this time will never come… Leo Theisen, a widely travelled retired journalist, is a brilliant story-teller who constantly surprises his niece Maria with new and exciting anecdotes. But Leo appears to be completely infatuated with one of his stories about a »family treasure« – in which he claims to be both the son and the nephew of the alleged bank robbers –, much to the annoyance of Maria, who believes the story to be a product of his imagination. Maria determines to prove to the self-confident Leo that his story cannot be true and, gold or no gold, she sets out to refute the myth of the buried treasure and the old stories of guilt, negligence and missed opportunities – and finds herself entangled in a web of tragi-comic events which turn her life upside-down. A nicely rounded, deadly comical novel, full of anecdotes and self-ironical ideas which pose the question to end all questions: the question of man's ability to understand the world, of the reliability of memories, and our capacity for acknowledging guilt.