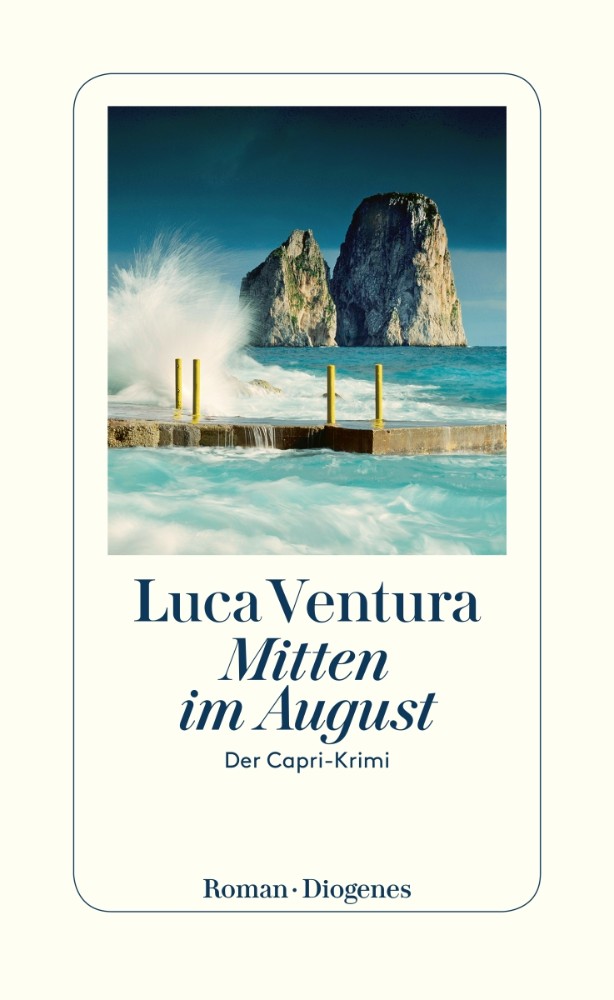 In the Middle of August

Murder on the most beautiful island in the world.

The Gulf of Naples is a test laboratory in times of climate change – and the setting of this highly topical crime novel.

Enrico Rizzi, a policeman on the island of Capri, usually deals with minor crimes. His quiet job means he can help his father in his fruit and vegetable garden above the Gulf of Naples. Until, in the middle of August, a rowing boat washes up on the rocky beach, containing a dead man – Jack Milani, an oceanography student and the son of a major industrialist family. It’s the first murder case for Rizzi, a case where the very future of the seven seas is at stake.

Enrico Rizzi: the young police officer who wants to stay true to his island.
Antonia Cirillo: his colleague transferred from northern Italy for disciplinary reasons, a woman with a secret.
Ispettore Lombardi: their boss, whose favourite office activity is enjoying the view of the Gulf of Naples.
Commissario Serra: the senior officer who makes Enrico Rizzi an alluring offer.
Gina: the woman by Enrico Rizzi’s side, who is trying to forget her terrible past.
Vito and Marta Rizzi: Enrico Rizzi’s parents, who tend their giardino with great love and make the very best peperonata.