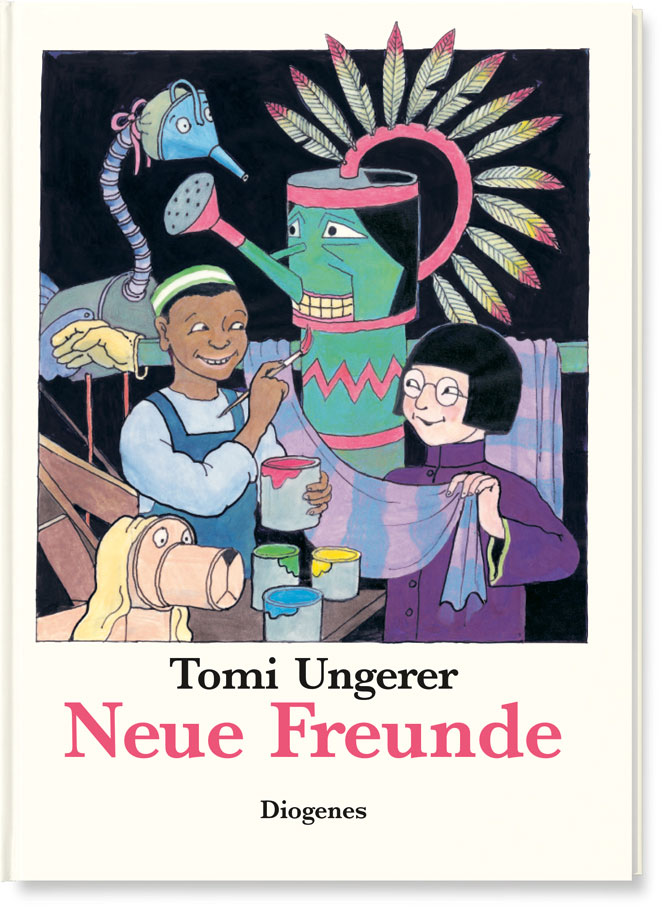 Published by Diogenes as Neue Freunde
Original Title: Neue Freunde
Idi and his parents have moved to a new town. He doesn't know anyone there and so nobody comes to his birthday. Thank goodness that, since he was little, his father has always given him tools as presents – at least Idi has something with which to keep himself busy. Out of the things that others throw away, he makes that which he does not have: friends. When Ki, the girl next door, hears the noise coming from Idi's workshop, she grows curious. What is that boy doing? »I'm making friends for myself,« he replies. All of a sudden Ki wants to help out with her sewing machine. The two of them have a lot of fun: while making friends, they become friends. Idi's and Ki's imaginative creations soon fill the whole front garden – the other children come to marvel and would like nothing better than for Idi and Ki to show them how to make ›new friends‹ like that. A children's book about the power of friendship, overcoming prejudice, the joy of creating something together and the unifying force of art and imagination.