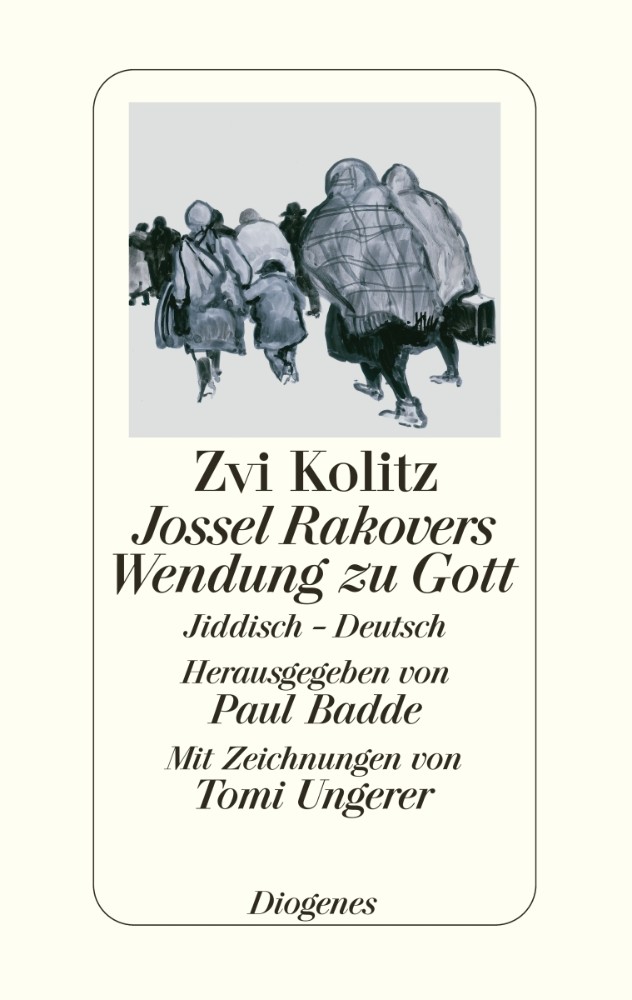 Edited by Paul Badde
Published by Diogenes as Jossel Rakovers Wendung zu Gott
Original Title: Yossl Rakover ret tsu Got. Edited by Paul Badde
The Warsaw ghetto is in flames, only a few Jews are still alive. One of the last insurgents, Yosl Rakover, remains hidden in a burning house. With his fallen companions at his side and death swiftly approaching, he writes down the feelings of one of a million Jews whose family has been murdered in the Holocaust, whose people have been annihilated. Alongside all of the pain that he has suffered, he describes his longing for revenge and the sweet gratification at the sight of the dying enemy. In harsh words, Yosl Rakover takes to task his God, who has turned His back on the world; but despite all of these tests and punishments, he holds fast to his faith: In the final analysis, Rakover addresses God as a faithful believer but not an indebted petitioner, a lover of God but not a blind Amen-sayer. Originally a work commissioned by the Jewish Newspaper in Buenos Aires, 'Yosl Rakover Talks to God' established itself in its own right in remarkable fashion following its initial publication in the year 1946. For many years, the text, translated into countless languages, was purported to be an authentic document from the Holocaust – in anthologies, newspapers and radio broadcasts. In 1962, Emmanuel Levinas devoted an entire study to it, while the text was included in the Jewish prayer book in America and found its way into schoolbooks in Germany. The myth concerning the origin of the text continues to blossom. One hears that the manuscript was written by an anonymous author, or that the text is a work of fiction but that Yosl Rakover did indeed exist. Kolitz' attempts to remind the world of his authorship, which he had never denied, were mostly in vain – the myth is seemingly written in stone. After the library in Buenos Aires, where the original manuscript was rediscovered, was destroyed by fire as a result of a bomb attack, the fictitious history of Yosl Rakover's testament appeared to have found its analogy in reality.