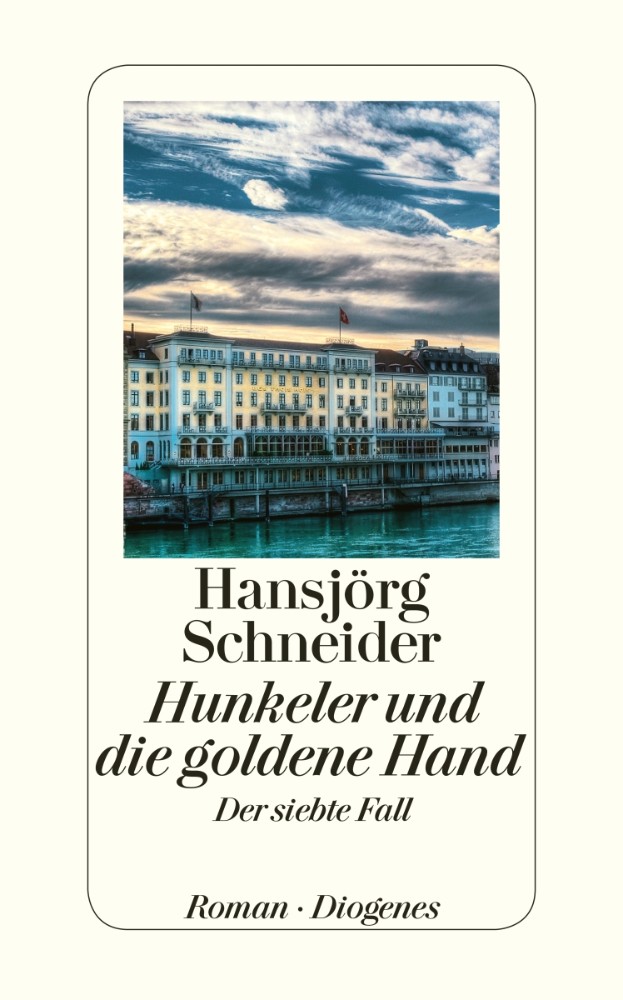 Hunkeler and the ›Golden Hand‹

The new Hunkeler opens with the inspector relaxing in the outdoor pool of the Marina saltwater spa in Rheinfelden, in an effort to cure his back problems. He sees a strange-looking diver drift past. It turns out to be the corpse of an old, gay art dealer from Basel. Because Rheinfelden belongs to Aargau, the police department there are in control of the investigations. They arrest a young male prostitute who had also been bathing at Marina. The case seems to be solved. But Hunkeler doesn’t buy it. As he’s been written off sick, he holds back at first. But over the next few days pieces of art are stolen from different museums in the area, and then a locker explodes at a train station in Rheinfeld. Hunkeler drives to the scenes of the crime and starts to investigate. He finds a clue that leads him to the ›Golden Hand‹ of Rudolf von Rheinfelden, which was stolen by art thieves in Saxony-Anhalt and brought to Basel to be sold there by a Basel art dealer. But he’s not the only one hunting for the ›Golden Hand‹ . . .