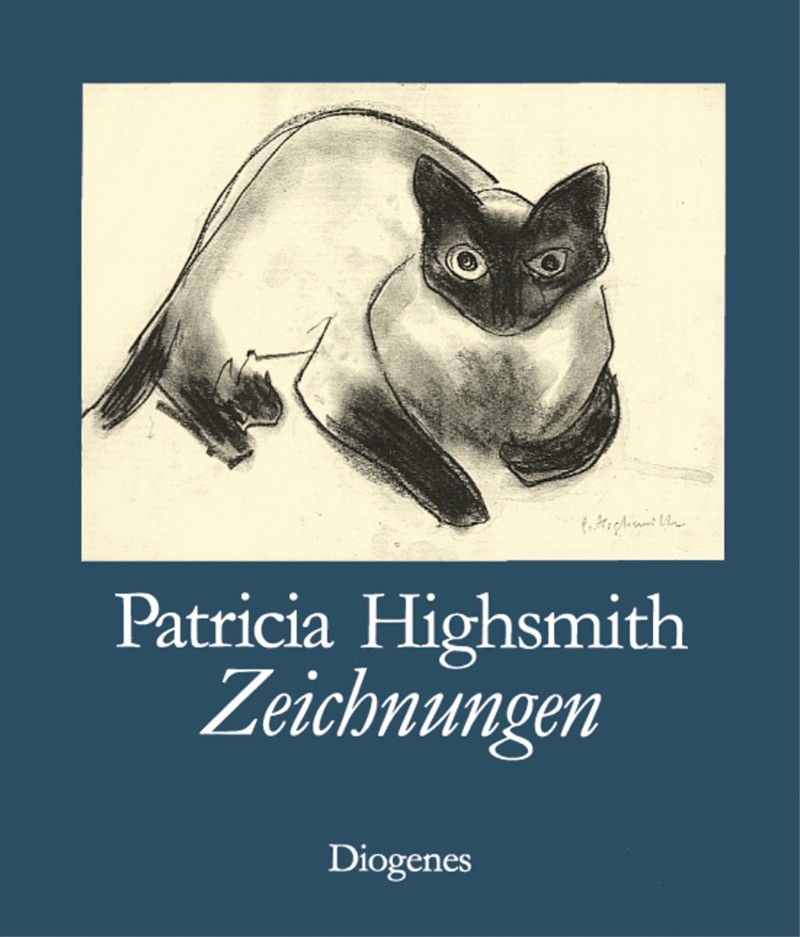 Published by Diogenes as Zeichnungen
Original Title: Zeichnungen
Patricia Highsmith's »other« biography in summary: born as the daughter of a fashion artist and a commercial artist in Fort Worth, Texas in 1921. Her favourite book from her parents' library: ›The Human Anatomy‹, an introduction to nude drawing. In 1938, after completing high school, Patricia Highmith attended a course in nude drawing. Studied literature and zoology at Columbia University in New York (her first short stories appeared in the college newspaper). She travelled to Mexico alone to write her first novel but returned to New York with a number of full sketchbooks and toyed with the idea of becoming a painter. She earned her first wage with texts and drawings for comics (including Superman), and she spent her evenings writing. Patricia Highsmith continued drawing, painting and sculpting even after achieving international renown with her first novel, Strangers on a Train, published in 1950. 1958 saw the publication of a children's book entitled Miranda the Panda is on the Veranda, with text and illustrations by Patricia Highsmith. – Following in the footsteps of her literary role model, Henry James, she travelled to Europe in 1949 (where she lived from 1963 until her death on February 4th 1995 in Locarno/Ticino) and observed the widespread destruction of post-war Europe through American eyes. She made sensitive, almost cheerful little pen-and-ink drawings and water colours of towns and landscapes which she used as scenes for her somewhat dark novels and stories. Her sketchbooks and diaries contain portraits of her friends and lovingly executed drawings of cats, as well as some rather alarming studies of snails.