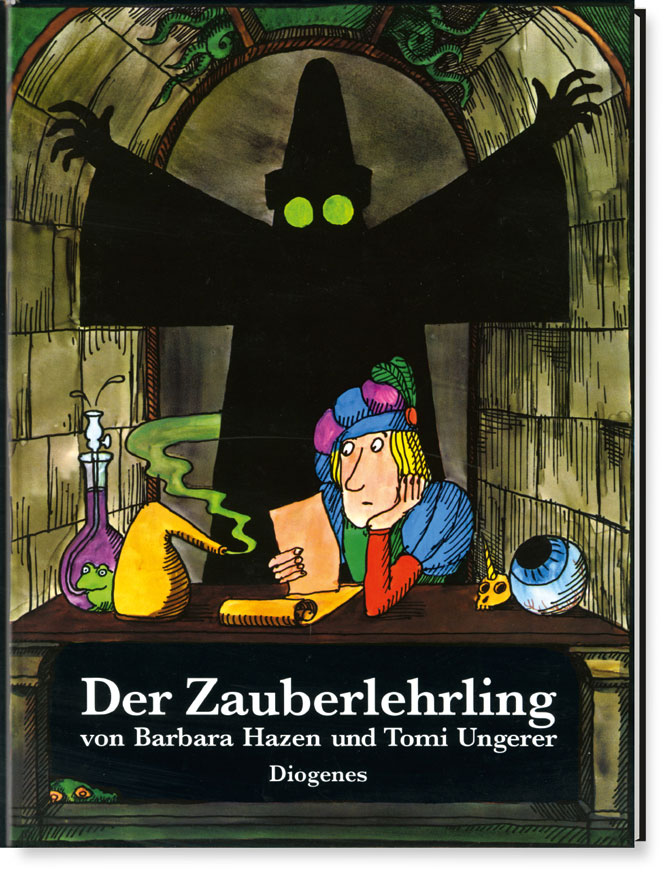 Published by Diogenes as Der Zauberlehrling
Original Title: The Sorcerer's Apprentice
Long ago, in a wonderful old castle with tall towers and lots of secret rooms, there lived a sorcerer who could weave all kinds of spells. This sorcerer had a young and rather lazy apprentice who worked for him in return for lessons in magic. One day, when the sorcerer was away from the castle, his apprentice conveniently forgot what he had been taught: that magic is more than just casting a spell! He unlocked the secret magic book, memorized a secret magic spell, and decided to use it to save himself some work: Sharrrroom ta! Sharrrroom ta! Old broom perk, bring water and do all my work! And with that, the old broom in the corner came to life and began bringing buckets of water up the steep stone steps to the castle from the river below. The young apprentice was delighted – until the water began to flood the castle and he realized that he didn't know the magic words to make the broom stop!