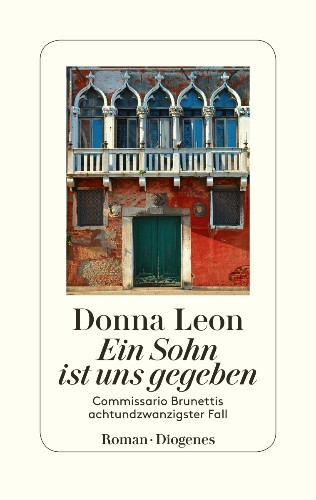 Donna Leon’s Unto Us a Son is Given has made it onto the shortlist of the British Crime Writers’ Association’s ›Gold Dagger Award‹ (the main category), with a total of 6 titles.

The ›Dagger Award‹ for the best crime novel of the year is one of the oldest and most prestigious awards in crime writing in the English language and has been granted since 1955 (back then under the name ›Crossed Red Herrings Award‹). Today, there are ›Dagger‹ awards in ten categories.

This is not the first experience with the ›Dagger Awards‹ for Donna Leon: In 2000 she won the ›Silver Dagger‹ for her novel Friends in High Places, a category that ceased to exist in 2005. Unto Us a Son is Given is the 28th novel in her best-selling series about Venetian police commissioner Guido Brunetti.