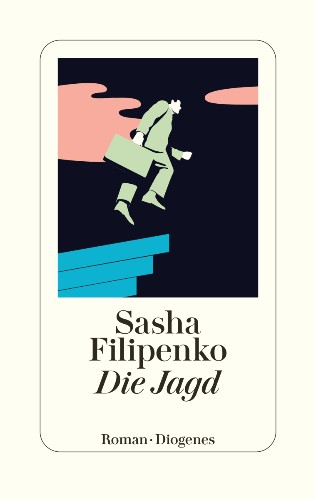 Sasha Filipenko's The Hunt on the top 20 of the Spiegel bestseller list, Dutch rights sold

Sasha Filipenko's latest book to be published in German, The Hunt, shot to #19 of the Spiegel bestseller list on publication.

A journalist who knows too much. A son who betrays his father. A merciless oligarch. A corrupt, unscrupulous hack. Media that tear down reputations to order. Sasha Filipenko tells the story of Anton Quint, an idealistic journalist who decides to take on an oligarch. His powerful opponent gives the order to destroy Quint – and so the hunt is on.

»The topic unfolds in cinematic scenes, jumping between the perspectives of the author, conscious of his mission, and that of the pursuers, proud of being cynics.«
Kerstin Holm  / Frankfurter Allgemeine Zeitung (FAZ)

»Seen against the backdrop of current events, his latest novel The Hunt reads like a blueprint for Putin's course of action towards Ukraine.«
NDR Kulturjounal, Hamburg

»The Hunt by Sasha Filipenko is more a play than a traditional mystery, and yet, in the last few years there has hardly been a more up-to-date psycho-thriller than this.«
Ulli Wagner / SR 3, Saarbrucken

Sasha Filipenko is a relentless contributor to the understanding of what is happening in Ukraine and Belarus: In Le Temps, he compares the current situation to a football match, in which the West is too slow, concluding with the sentence: »We need to stop half-measures, we need to stop being afraid ourselves and finally go on the attack, because the game is coming to an end and we still have so many goals to score.« During a podium discussion at lit.cologne, here recapped by daily taz and here on Deutsche Welle, he spoke his mind: »It won't do to spotlight the Eiffel Tower in yellow and blue, so that we feel better, while we watch online how Ukraine is destroyed.« And in Italian newspaper Il Manifesto, he said in an interview: »I believe that Lukashenko as well as Putin can be defined as heirs to Stalin: They think like him and adopt his methods.«