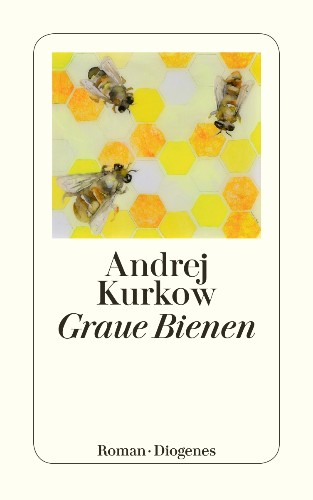 Andrey Kurkov was interviewed by major media outlets from all over the globe and wrote articles for numerous papers in order to explain the war in Ukraine, here is merely a selection of them:

London newspaper The Times published an article by Kurkov titled »Ukrainians will never be Russians«. Swiss news station SRF broadcast and published his essay on his own life now – a protocol on the war zone. French-German TV station Arte broadcast an interview with him. He concludes: »If Ukraine doesn’t exist anymore, there will be no more liberties for Ukrainians.« El País from Madrid sent a correspondent to Western Ukraine to feature his life today. Taipei-based The Reporter published a big feature on Ukraine, Kurkov's books, fellow Russian-speaking authors from Ukraine and his books in Chinese. In Greek newspaper Kathimerini, Kurkov concludes »The earth is at stake.« Oslo-based TV station NRK broadcast and published a brief interview with him about the value of reading about Ukraine. German weekly Die Zeit published an article by him on his time in Ukraine. In France, there was a big interview with him in L’Express, titled »Anything that happens in Ukraine could happen to you very quickly in France«. Greek newspaper Ta Nea published an interview about historic parallels. Andrey Kurkov also participated in a hybrid event at De Balie, a venue for art, politics and culture in Amsterdam and in an online UK fundraiser for Ukraine. Further media and links with interviews and articles: CNN, Atlanta (7 March), Libération, Paris (3 March), Grid News, Washington (3 March), Le Figaro, Paris (2 March), BBC, London (2 March), BBC, London (1 March), The New York Times (25 February), Télérama, Paris (24 February), The Economist, London (24 February).

Over the last weeks, we sold Dutch rights of Kurkov's novels Grey Bees and Death and the Penguin in a pre-empt to Prometheus. We sold Estonian rights of Grey Bees to Tänapäev, Mongolian rights to Tagtaa, Chinese rights for simplified characters to Beijing Imaginist, and Japanese rights to Sayusha. There is a first offer from Portugal as well as Hungary, and strong interest from Spanish publishers. The book is therefore going to be published in 18 languages – to date.