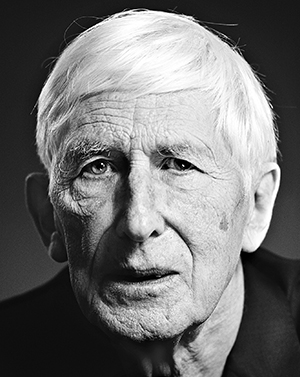 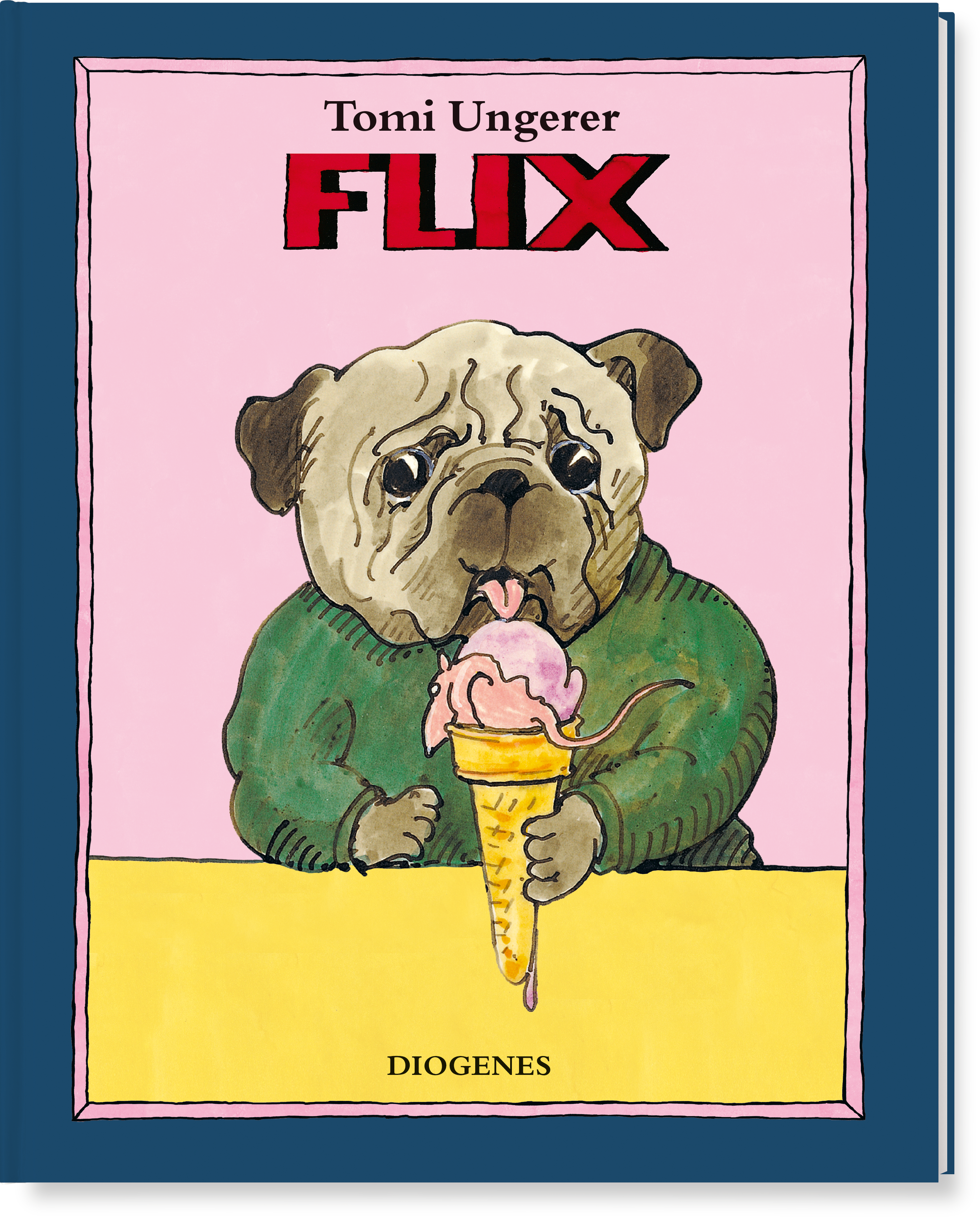 Tomi Ungerer's Flix to be an animated TV series

The new animated TV series Flix will bring to life the children’s book by Tomi Ungerer of the same name. The series is made up of thirteen eleven-minute episodes, a comedy adventure about Flix, the only dog in Cat Town, and his two best cat friends Tabby and Munchkin as they grow up and try to find their way in the world. While the storytelling is light-hearted and quirky, the story in itself carries a serious message about the importance of celebrating diversity and what makes us all unique.

The children's book Flix was written and illustrated by Tomi Ungerer in 1996 and following its release, he was awarded the coveted Hans Christian Anderson Award, often referred to as the Nobel Prize of Children's Books. In the author's words: »Flix is about making the best of your differences – we are all equal and we are all different. Everyone has something to offer. Flix shows us that with a sense of humour you can overcome every dogstacle.«

The series has been commissioned by RTÉ and will be produced in Ireland by Pictor Productions in partnership with Avalon Films. The series was co-developed with Eye Present in the UK and is being distributed by Serious Kids. Two of Tomi Ungerer's books have been made into feature films, but Flix is the first to be made into a TV show. Flix is being produced by Tomi’s daughter, Aria Ungerer and Executive Produced by Deirdre Barry of Avalon.

[More]
Italian rights sold of Micha Lewinsky’s Holly in Heaven
We just sold Italian rights of Micha Lewinsky’s Holly in Heaven to Salani. Furthermore, there were f [More]
Samson and Nadezhda by Andrey Kurkov to be published in 12 languages to date
Diogenes has just published Andrey Kurkov’s Samson and Nadezhda, and we were happy to see the book e [More]
Swedish rights of Sasha Filipenko's Kremulator sold to Ersatz
It's always an event when we sell rights of a book before it has been published by us! In this case, [More]
Doris Dörrie's The Heroine's Journey on the Spiegel bestseller list for 20 weeks
Doris Dörrie’s latest narrative non-fiction title has spent 20 consecutive weeks on the Spiegel best [More]
Andrey Kurkov is interviewed and publishes articles about the war in Ukraine all over the world
Andrey Kurkov was interviewed by major media outlets from all over the globe and wrote articles for [More]
Deep Water now released internationally
After quite some delay due to the pandemic, the long-awaited Deep Water with Ben Affleck and Ana de [More]
Sasha Filipenko's The Hunt on the top 20 of the Spiegel bestseller list, Dutch rights sold
Sasha Filipenko's latest book to be published in German, The Hunt, shot to #19 of the Spiegel bestse [More]
Joachim B. Schmidt talks about his new novel Tell
Enjoy the video here. [More]
Stefanie vor Schulte awarded the Mara Cassens Prize 2021 for Boy with a Black Rooster
We are proud and happy to announce that Stefanie vor Schulte is awarded the ›Mara Cassens Prize‹ by [More]
The Fire by Daniela Krien to be published in 8 languages
With French, Croatian and Serbian rights just sold to Albin Michel, Fraktura and Booka, The Fire is [More]
Patricia Highsmith's Her Diaries and Notebooks causes a press buzz
Patricia Highsmith continues to cause a stir in the international press with Her Diaries and Noteboo [More]
Bernhard Schlink's The Granddaughter #3 on the Spiegel bestseller list, praised by the press
Bernhard Schlink's The Granddaughter has shot to #3 on the Spiegel bestseller list. We have just sol [More]
Sasha Filipenko’s Red Crosses praised by English language press, soon to be available in 14 languages
The English edition of Sasha Filipenko's Red Crosses by Europa Editions (New York) has been very war [More]
Tomi Ungerer's Flix to be an animated TV series
The new animated TV series Flix will bring to life the children’s book by Tomi Ungerer of the same n [More]
Now published, pre-empted and shortlisted: our debut of this autumn Boy with a Black Rooster by Stefanie vor Schulte
Eleven-year-old Martin has nothing but the shirt on his back, and a black rooster which is both a pr [More]
Love in Case of Emergency by Daniela Krien praised by English-speaking media, to be published in 26 languages
British and Irish press are raving about the MacLehose edition of Love in Case of Emergency: »Highly [More]
French rights for Kalmann by Joachim B. Schmidt sold to Gallimard Noir
We have just sold French rights for Joachim B. Schmidt’s Kalmann to Gallimard’s noir series in an au [More]
Transient Desires, #30 in the Brunetti series, ranked #2 on the Spiegel bestseller list
On 26 May, Transient Desires appeared on the bookshelves and is currently on #2 of the Spiegel bests [More]
Noir sur Blanc wins six-way auction for French rights of The Ex-Son by Sasha Filipenko, Edizioni E/O buys Italian rights
Our six-way auction for French rights of Sasha Filipenko’s The Ex-Son has ended after three rounds a [More]
Benedict Wells' Hard Land to be published in 16 languages, Dutch bestseller
After launching Benedict Wells' Hard Land, the book shot straight to #1 of the Spiegel bestseller li [More]